From the First to the Second.

Our First Home after we got married. 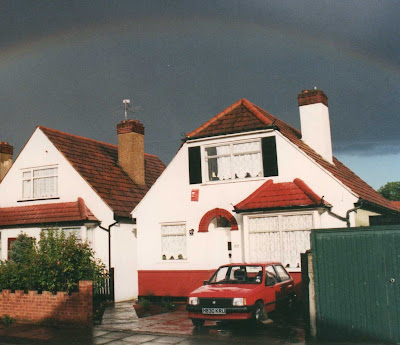 I thought today a little more reminiscing was required by me for me! I last wrote about getting to the point in life where I got pregnant. This was early Spring 1999. At this time both my husband and I felt the prompting to do another great change. We both agreed that ideally I should stop working when I had my first baby. The problem with this was that we could not imagine being able to manage on one wage, living in outer London. So tentative enquiries were made to see if there were any jobs available for my husband back in his home-town of Outer Manchester. My family were in the Midlands and my husbands mum and dad were still living (in separate places) near where he had grown up.

The long and short of the enquiries was that a job came up, he got it and therefore we were going to make a 200 mile move! I will never forget the day we left our first home, neither of us could talk, neither of us wanted to go, I don't even remember closing the front door, though I do remember handing the keys in to the estate agent. We felt as though we had made a big mistake. I was six months pregnant, just left a job I loved, moving to an area where I knew very few people - to a house I had only seen once.

My faithful Father in Heaven though, provided lots of lovely god-incidences to reassure us that we had done the right thing. When I look back on this time now, I no without any shadow of doubt that we were in the right place at the right time, even if the events that unfolded were not all very good ones!

By far the most precious god-incidence that occurred was when we went to church in our new village. We had prior to moving already signed ourselves up for some National Childbirth Trust Ante-natal classes - we had actually signed up in two areas, not knowing exactly where we might end up living! We went to church that first time only to discover that our ante-natal teacher was a member of the church and in fact lived 2 minutes walk around the corner from us! Sue immediately became a great friend. So much so that by the time I had my second child, she was a birthing partner along with my husband and became my daughters God-mother.

Our Second Home with me (six months pregnant) and my gorgeous husband. 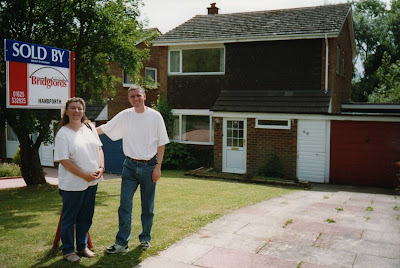