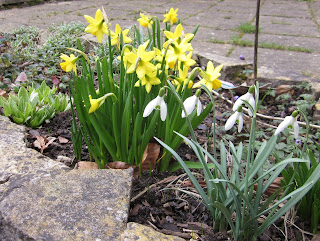 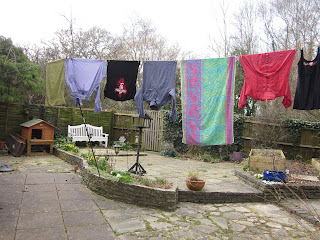 I am finally starting to believe that a new season may be coming upon us.  There has been a change in my niece (still in a mental health unit) this last week as well.  Those looking after her are not quite sure what is going on but for the first time she appears to be behaving completely out of her own control.  It is a very strange thing to see.  The strangest part being that she is actually being so nice and sweet, it is almost like a regression is taking place, she is more like she used to be when she was a little girl (she is almost 16).  For the last four years she has been bound my anger and aggression which has got her into a lot of scrapes.  Even on her best days there was an air of 'don't make me angry' about her.  Spending a couple of hours with her last weekend was nice if not a bit odd.  Unfortunately she has also developed a lot of obsessive compulsive traits at the same time which are really hampering her ability to move around.  Your continued prayers for her are very much appreciated.

In my garden this year my snowdrops have definitely been the best they have ever been.  They all came with me 11 years ago when we moved down here from Cheshire where I had purchased them at several different gardens we had visited.  I love the photo at the top of this post with the contrast of their white and green against the lovely little narcissus. 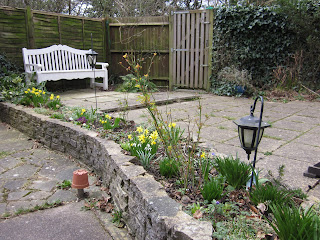 My wiggly raised border is certainly shouting out Spring is Coming.  As are these beautiful primroses 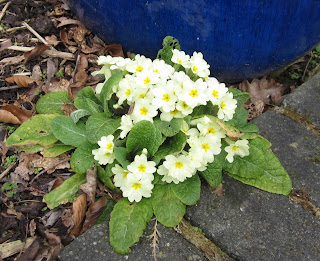 Come on Spring, I am getting impatient for a new season to dawn.

Staying Out of the Kitchen 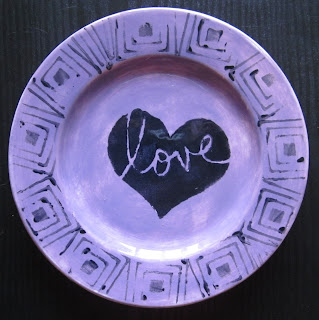 Do you like my new toast plate?  It was an early Mothering Sunday gift to me from my niece.  She has moved to a mental health unit closer to us and so I got to see her last weekend.  There should be a picture at the end of this post with what she has written on the back.  She got the opportunity to go to a Pottery Barn and designed it herself - very precious.

Toast is about all I am able to make at the moment.  My culinary skills along with all my general homemaking skills seem to have taken leave of me at the moment.  I read somewhere recently that this often happens during the early stages of bereavement.  It really is most queer.

Last Saturday I burnt my plums - literally (stop sniggering), I had, had some hanging around in the fruit bowl until they had started to dry out so decided I really shouldn't waste them and could just quickly stew them and use them for a pudding.  Twenty minutes after putting them on, having got totally distracted by another task I suddenly remembered them.  Too late - it took 24 hours of soaking and then boiling water in the empty pan to get rid of all the burnt on bits.

Sunday I had one last load of washing that needed to go through the drier (having managed the others on Saturday - some success).  After putting the drier on I walked away thinking that it sounded a bit clunky, but then it often sounds a bit odd.  It wasn't until I came to empty it later that I discovered my daughters small metal Vaseline pot sitting in the bottom of the drier after taking the clothes out.  I suppose I should consider myself very fortunate that it only ruined three items of clothing, none of them being particularly special items.

On Monday I had a friend round for lunch and had thought to ask my dear husband to get a lovely broth out of the freezer that a friend had made and given to me.  All seemed to go well, we ate and it wasn't until about an hour (or probably two), that we started to clear the table and as I put the pots in the kitchen felt something burning on my hand - I had just left the gas hob on for the whole time - thank goodness there wasn't anything near to it!

Tuesday, husband made my lunch and I went to the Chip Shop to get the children's tea when husband was at work in the evening.  Tonight I will try and cook something simple - do wish me luck! 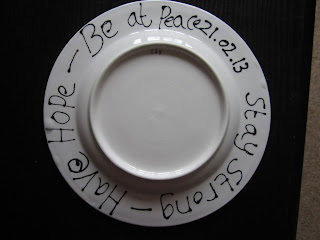