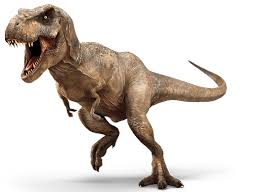 It's been quiet on here for some time.  Life seemed to be ticking a long nicely.  Life's drama's were all being coped with, all was well.  Then in June we realised that there was a dinosaur living with us.  He had crept in uninvited and was slowly devouring our beloved 14 year old daughter.  How can you miss such a creature coming and living with you?  Hindsight and talking with friends, youth leaders and each other has helped us to recognise some signs that we missed, though they are all so insidious by themselves that maybe we would never have picked up on them at the time.

It was easiest to start by looking back at when he definitely was NOT around.  Christmas is one time I can think back to and know he wasn't here then.  However by Easter he was definitely making himself comfortable.  I should maybe introduce him properly, his name is Anorexia, Rex for short.  We have given him a name as that is the only way we can cope with the voice in my daughters head that shouts and abuses her.  We have learnt that it is very important to recognise when Rex is talking and making her behave in certain ways, she is not choosing to have these thoughts.

So what were the signs?

How on earth did we miss these things?  It wasn't until my step mother in law came to stay at the beginning of June that she pointed out to us that something seemed wrong.  We then started looking and were appalled to see that she was right.  We talked to my daughter about it and she had already realised that something was very wrong and out of control.  She knew that she had felt in control at the beginning, it probably started by giving up stuff for lent!  It was then that we started to realise that she was not eating food at school at all, it was all going in the bin.  I found ways of getting to see her body, making her a jumper and buying her new underwear.  The sight made me nauseous - how could I not have noticed those bones sticking out!

For a couple of weeks she refused to go and see the Dr or get any proffessional help.  We managed to get her supervision at lunch times at school, however the food that she was taking was still not enough and she was totally resisting increasing it.  Eventually my husband and I went to see our GP by ourselves to talk about her.  It was very hard to talk about, especially as I knew that the only route they would probably suggest was that we returned to CAMHS (children and adolescent mental health services).  We had such a terrible experience with these guys when my niece came to live with us that just the thought of the service gave me mild anxiety attacks.  The GP wanted to see my daughter for herself and I was actually quite surprised when we got home, told her where we had been and that we had made an appointment for her the next day, she was fine about it.  I think she was probably quite releived as she knew how serious this had become.

Our CAMHS appoitment came through in less than 2 weeks and it is only now (8 weeks on) that I realise why they saw her so quickly - she was very close to needing hospitalization.

The good news is we hopefully have got intervention just in time.  She had not gone through to the stage of total denial that there was a problem, she knew there was a problem and she wanted to get rid of it.  We have got a very long road ahead of us.  She is currently on a weight gain programme.  This involves 3 meals a day, two with puddings and 3 calorie rich snacks a day.  She is not allowed to prepare any food for herself (I have found this very hard as she has been making her own breakfast and lunch for years and years!) and all meals have to be supervised for their entirety.  Meals usually take about an hour for her to eat and so it often feels as though every day is one long eating marathon.  Eating in public is excrutiating for her, and therefore has become so for us as well, so even having folks over for meals as a family has had to decrease enormously.

Weeks of family therapy and weigh in appointments seem to be making time rush by.  CAMHS have thankfully changed a lot.  It is a completely new team that is now in, but still going into rooms that I have had to sit in with my niece make me very uncomfortable, thankfully the team are lovely and very sensitive to this.

We have had tremendous support from the youth team at church and friends.  She has still been able to go on 2 camps over the summer holidays with an appointed leader doing the job that I do at home for her.

It has also been an enormous learning curve for both my husband and I.  As an occupational therapist I did a module on eating disorders but did not have any direct contact with anyone, either when I was training or when I was working.  It seems to be that you are forever hearing about anorexia on the tv and I knew it was about not eating and having body dysmorphia where you see fat in the mirror where there is none.  However I had never come across the condemning voice, that the sufferer has no control over.  I have issues with food, but I always feel in control of my over eating and binge eating, from talking with others I know that this is a common issue - the element of choice is definitely still there fore me.  For my daughter it is not.

My niece stopped eating and then starting binging and using diet pills when she was in a children's home, which eventually lead to her last admission into a secure unit where she has now been for two years.  However this was not Anorexia, this was part of her self harming behaviour, she has voices that condemn her and abuse her but it is not a Rex.  Maybe this is why I did not recognise Rex coming to stay, I didn't really understand that he was real, so he could creep in and start his devouring and when you notice the changes, he has already made himself very comfortable and is not going to be easily evicted.

But eviction is what we are now aiming for.  Weight gain is required for physical health, however the main purpose of the treatment plan that we are using is to get Rex evicted.  So onwards and upwards ( or outwards is maybe more apt), now I had better be going and get a snack down her!!!!!!