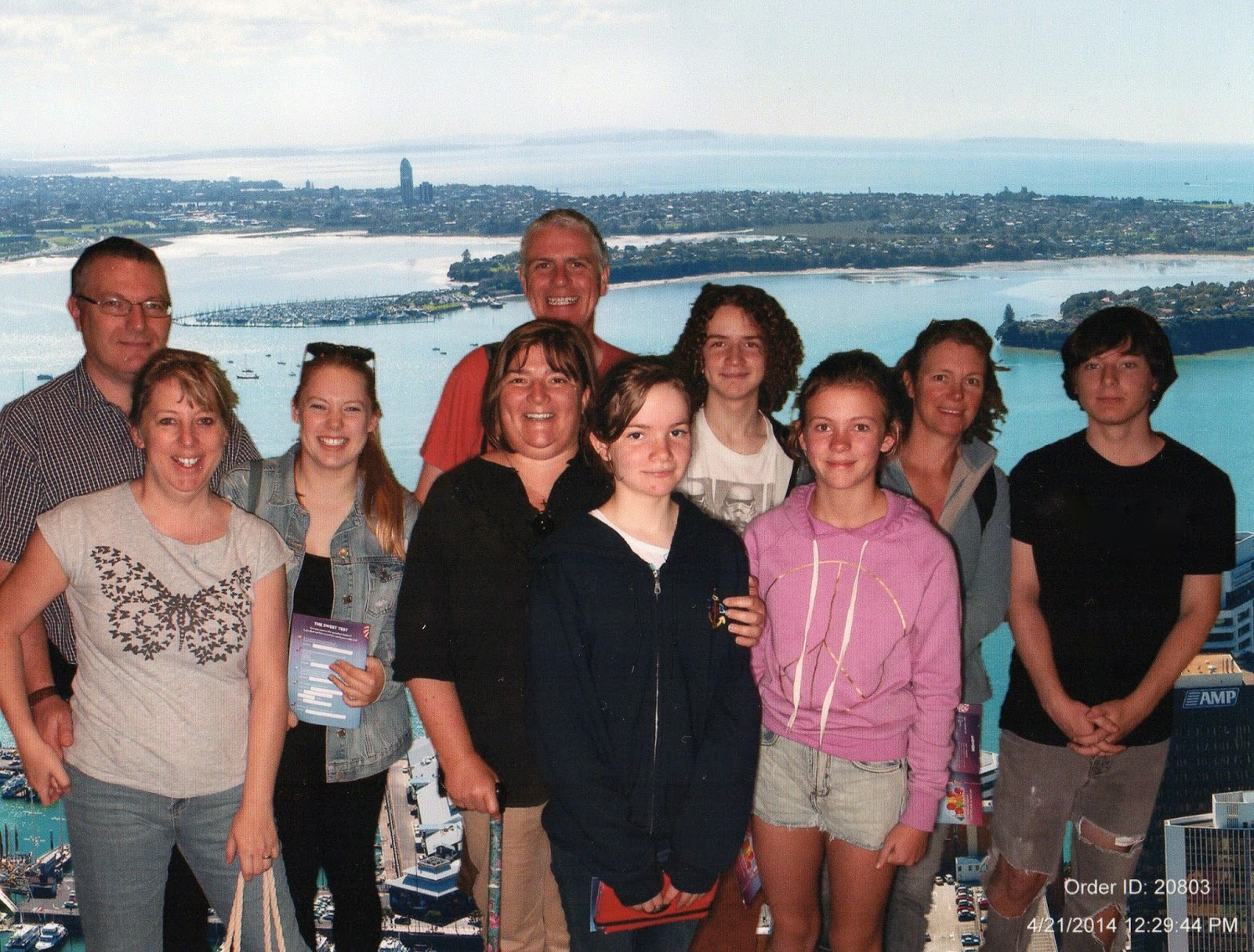 So many people asked me before going away to New Zealand why we were going there and to be honest it felt quite strange saying that we were all going to stay with someone I had never met before!  I seem to be making a bit of a habit of this.  First I went and met a fellow blogger Katharine over in Boston MA, we had known each other on-line for quite some years before I went and met her.  We were friends before we met but this visit cemented our friendship which continues to thrive! In fact my husband is going to meet up with her in November this year, but that is a whole other story!

Next we (not on my own this time) went and met another blogger that Katharine introduced us to, Susanne over near San Diego, CA. It really is so nice to be able to finally hear the voice that you read and share conversations with!

So back to the why New Zealand story.  First we have to roll the clock back several decades to when my husband was a teenager, he and a friend Howard decided to go inter-railing together around Europe.  I suppose in it's day it was the equivalent to taking a gap year, only this was done during the summer holidays and was a very cheap way of visiting lots of places!  They lost contact and then thanks to the joys of facebook they were reunited a few years ago.  At some point the two boys had a conversation that led me and Howard's wife Lyn into becoming facebook friends and playing scrabble daily with each other.

Lyn and I started to chat more and more as we played.  I discovered they had both been mental health nurses and Lyn had spent a lot of time doing adolescent mental health.  This is obviously a subject very close to my heart with my kinship caring saga with my niece, and on more than one occasion Lyn helped me to work out what my next steps were.

Then last year Howard came over to the UK on a visit to his family.  My husband Brian went up to his home town and met up with him for an evening and it seems they just picked up where they had left off all those years ago.  Howard made some comment about us going out to visit them - that may have been his biggest mistake.  I wonder how many times people say that not really meaning it???????

So, the rest is history, we decided to go for it.  The photo at the top shows Howard and Lyn on the far left with their daughter and then their son is over on the far right.  Next to their son on the far right are two more friends Paula and her daughter Bethany who came over from Australia to visit us.  Paula also knew Brian and Howard back in the teenage days when they were in a drama group together.  So there were many more years to catch up on there!  We have been fortunate to spend quite a bit of time with Paula and her ever growing family over the years and it was a very hard decision to go to New Zealand and not Australia on this visit, however, NZ it was to be and we were just thrilled that Paula brought Bethany over.

The photo below is of Lyn and I (we are wine tasting which must be why I am a bit blurred!), it was so lovely to give her a hug and to be able to thank her for being the pillar of support that she has been to me.  I couldn't believe that they had been living in NZ for about 15 years and had never visited a vineyard to do some FREE wine tasting.  So pleased we have sorted that out for them and jolly hope they go on to visit lots more - we only managed to do two. 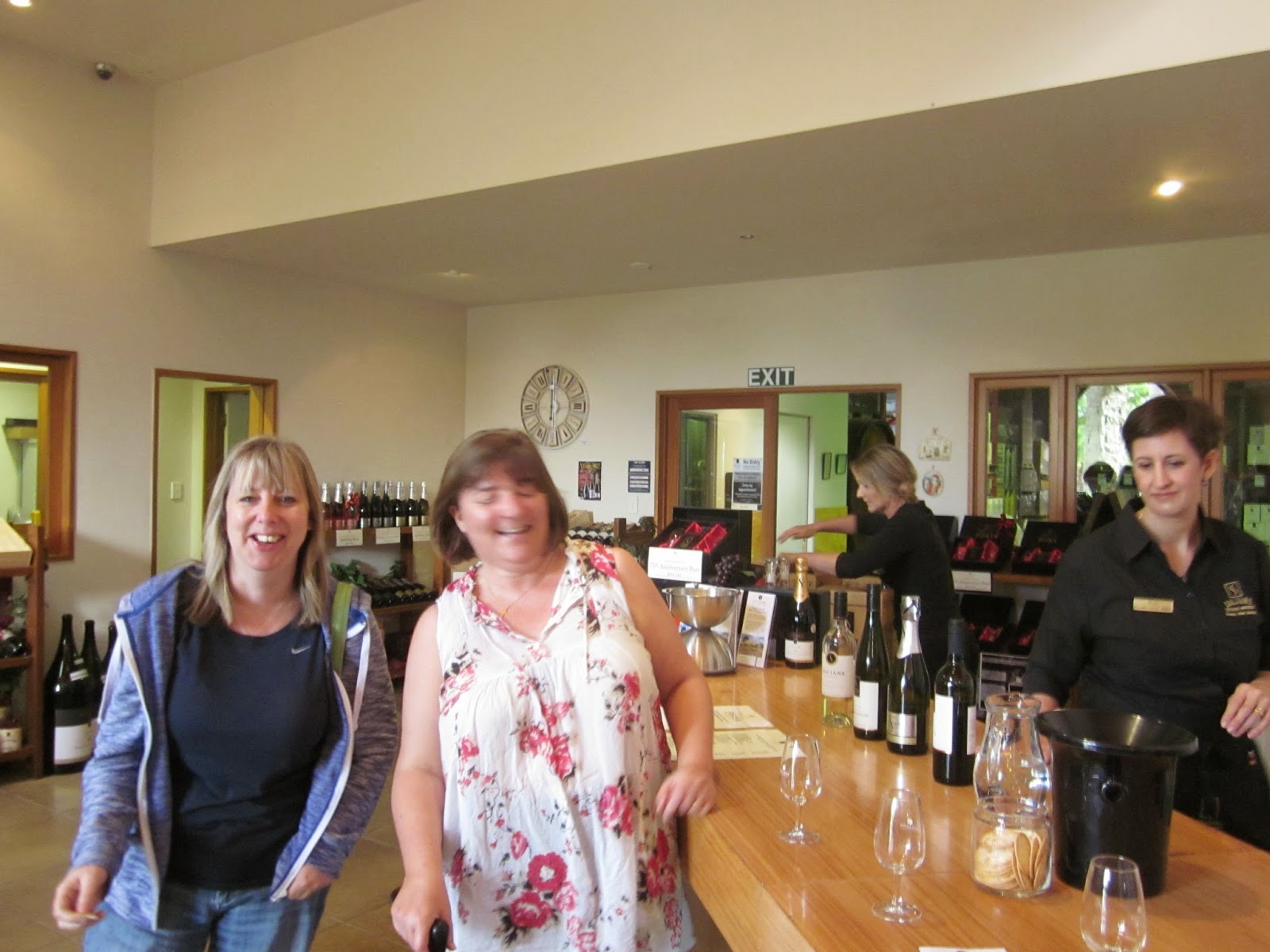 Another friendship that I was also able to rekindle on this visit was with my lovely friend Sara.  We used to go to church together when we were both studying in West London.  I vividly remember her wedding to the lovely Brett (a kiwi) at the Salvation Army head quarters in central London.  It was only about 6 months after that wedding when we were about to get married that they moved over to New Zealand.  Since then we have kept touch every Christmas, we have spoken when Sara has been over in the UK but had not seen each other in the flesh for far too long. 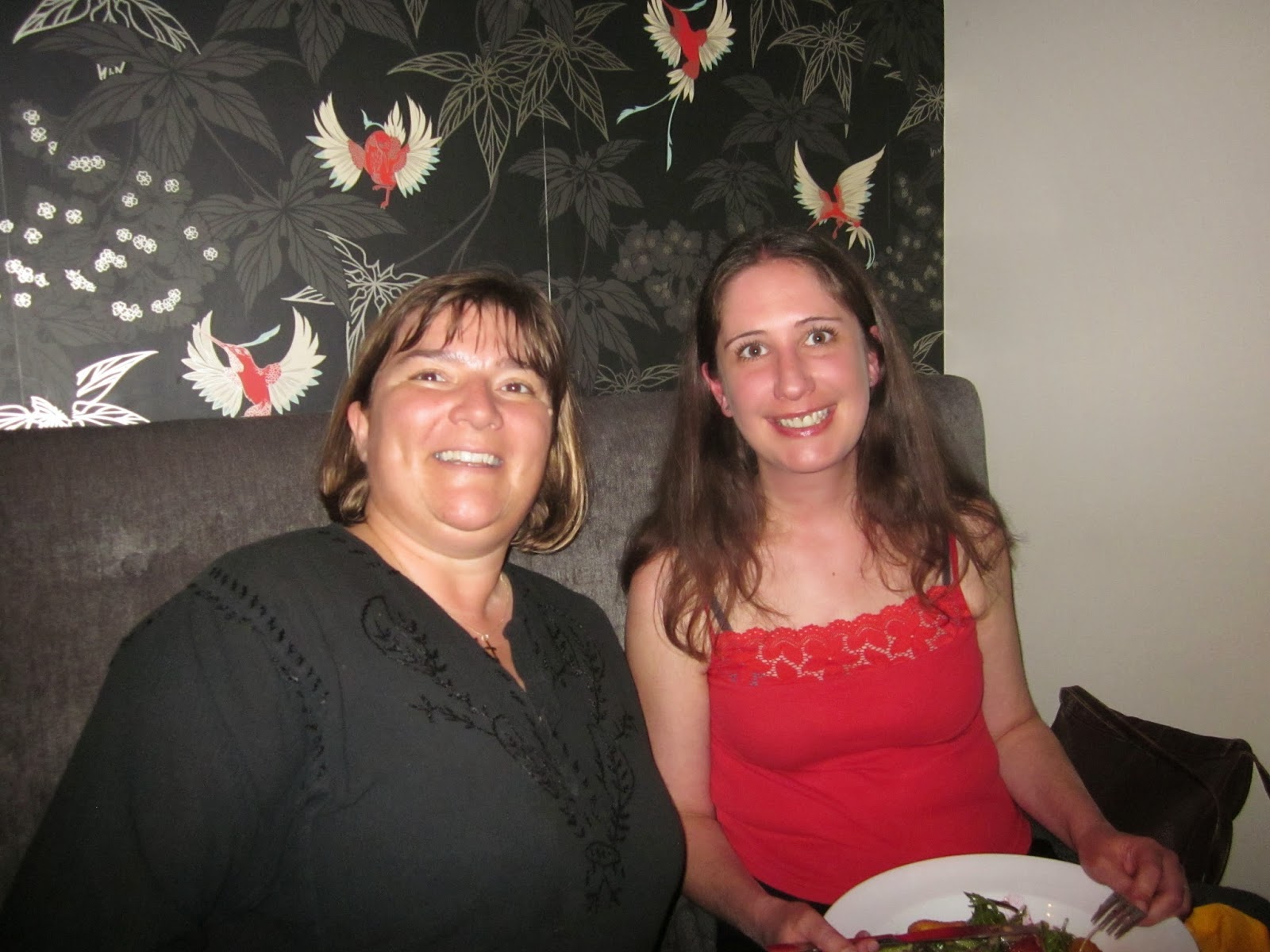 Meeting her, Brett and their lovely children was just so good after all this time.  We have both been through tough times that neither of us had particularly shared with each other so there was an awful lot to catch up on.  But catch up we did and when I got Paula and Sara together it was lovely to go back over how we met, how Brett and Sara met and all the early days stuff over again.  Another wonderful spin off from this is the deep and meaningful emails we are now exchanging as we continue conversations about church and family.

So that is basically why we went to NZ.  I confess to hardly knowing anything about the country before going, except that a few friends had been and loved it.  My amazing husband spent so much time before we went doing all the research to decide where we would visit.  And he came up trumps with a brilliant itinerary!
It really is a most fascinating country and I would definitely like to get back and cover more, we were only able to do a very small bite.  I wonder how often people choose a holiday by the people they want to see rather than the country they want to visit!?!

The photo below is of my daughter Annie and Paula's daughter Bethany, I so pray that their friendship continues over the miles and that they get to share lots and lots of memories into the future. 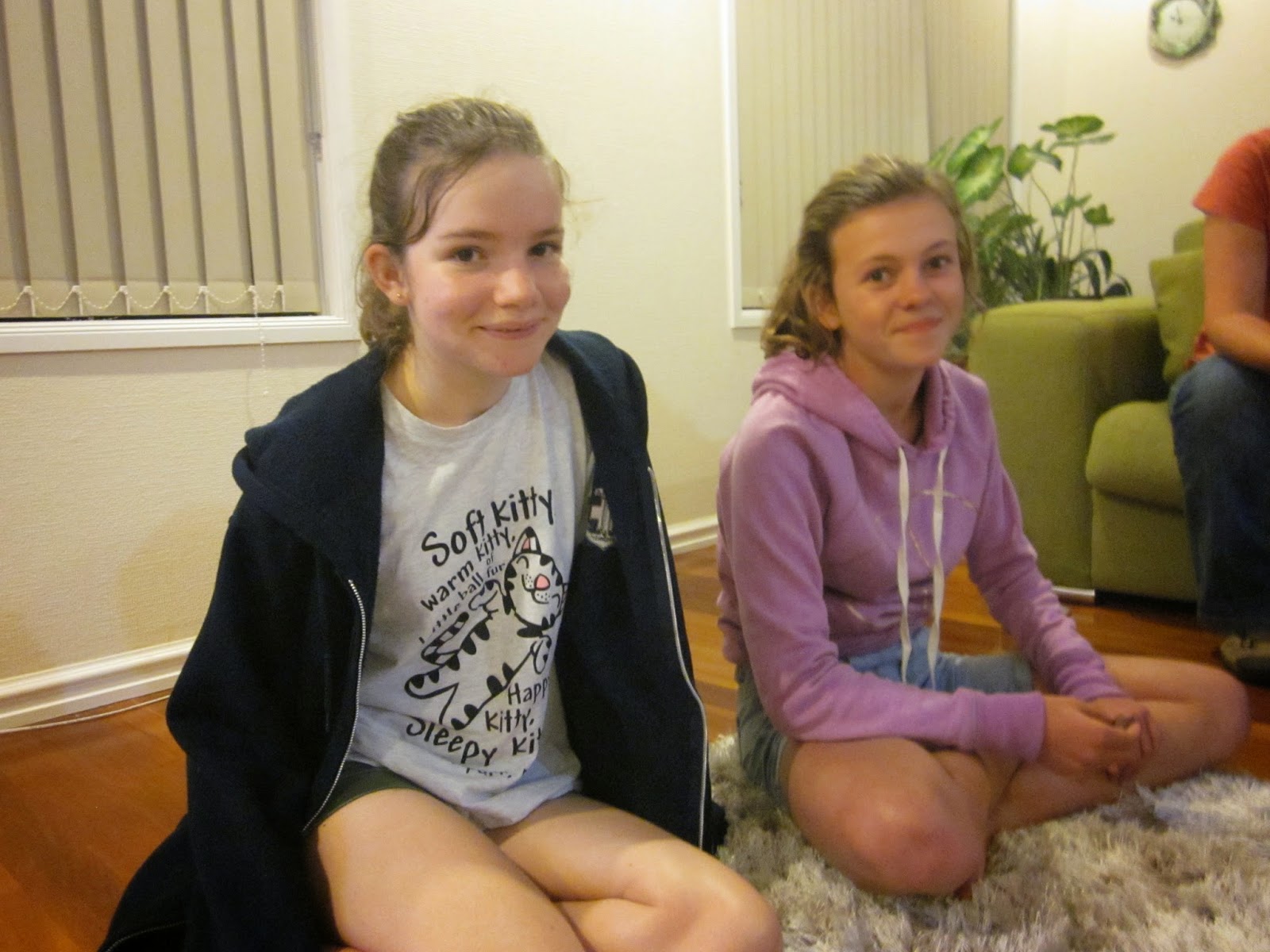