The Law is an Arse 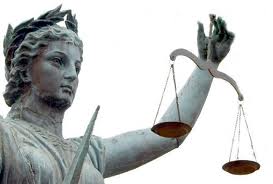 Something I have felt very tongue tied to talk about on this blog has been my nieces father, this is mainly because I have never wanted to write stuff that is just my opinion and not particularly based on out right facts.  However I was put through a Tribunal process yesterday to try and prevent us having to pay £1000 back to him via the Child Support Agency.  I think my husband has rather succinctly summed up the situation with this statement:

"Since niece's father divorced her mother he has done everything in his power to avoid supporting her financially and emotionally. After marrying his divorce lawyer they fiddled matters so he would pay the bare minimum, and has now moved to Canada where he cannot be traced by the CSA. When niece came to stay with us we should have transferred payments to us, but in between dealing with a traumatised 13 year old who had just lost her mother leading to self-harming and attempts on her own life, a suicidally depressed mum who had lost her daughter, coping with the loss of Jane's sister, and adjusting our own lives and the lives of our younger children to cope with this - it kind of got overlooked. Not that the arrangement was permanent at the time - who knew what was going to happen?  When we did get round to reassessing matters, nieces father kindly pointed out to the CSA that her living arrangements didn't tally and so after a tribunal hearing today we have been ordered to pay it back. It took the lawyers themselves five minutes of rummaging through the books to pinpoint the letter of the law regarding this, so how are we supposed to know any better? How can a father so selfishly despise his daughter? Why are we continually being pounded while we hold up the roof and steady the walls?  The law is an arse."

I could not even speak to the judge at the end of the hearing I was so upset, I have no idea how they are able to so remove themselves.  He had even made comments about how sad the whole situation had been for our family.  We stood no chance, the Child Support Agency were present in the form of a solicitor on video - camera.  A very nice way of them keeping themselves removed from the reality of how unsupportive they have been to this particular child!


My tears subsided after a couple of hours and a little sleep.  I did end up going to the local shop and buying wine and comfort food while my husband lit a fire in the garden for us to sit around.  Fortunately my daughter is away at the moment, she would have been so upset seeing how upset I was and is still too young to fully understand the story.  My son sat in the garden with us and we told him a little bit about why we were both feeling so upset and cross.  The last thing I wanted was for him to think that he might have done something wrong - at 12 years old he listened and was quite amazed that such things can happen.


Dear husband was on a night shift last night so I sat and had some lovely chats on facebook with some close friends and then retired to bed with my puppy dog (this only ever happens when husband is not there!).  I am so thankful that I did get a good sleep, even being woken by very heavy rain at 3.30am reminded me of being refreshed.


At least it is over - this has been hanging over for us for almost exactly 2 years.  The money will be found some how.