A couple of weeks ago my 11 year old daughter had to endure a week of statutory testing at school.  I have been praying that they would have been abolished in the format they are in by the time she got to them, but it was not to be.  My son thrived doing them last year - he is a very academically able young man.  My daughter on the other hand, is still getting to grips with her dyslexia in my opinion because of the impact of the school not listening to me for too long.

To try and give her something to smile about everyday and to enable me to have something to keep my prayers on her all day I came up with a cunning little plan.  I had started some weeks ago to make a little dolly following this pattern that I found on a lovely blog.  I altered the pattern slightly (I never can stick to instructions!) so that I could make clothing separately for it.  When I started it I was just playing, I had no idea who I was making it for.  Then the weekend before the SATS started, I suddenly had THE idea.

I finished the dolly (she had seen it but I didn't tell her it would be hers), she took it on her self to ask me if she could have it for her SATS week!  I just kept her waiting all weekend saying I hadn't decided what I was going to do with her.

Just in time for Monday morning I had her ready with her first outfit made.  I suppose I really ought to put some photo's in now, here you go:


Here she is in her underwear and necklace!  All the pictures were taken by my daughter in our garden yesterday. 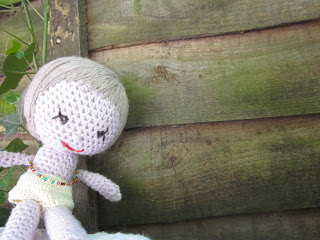 The first day it was a simple summer outfit, shorts, top and head band. 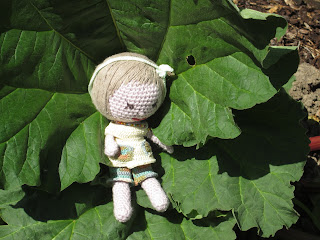 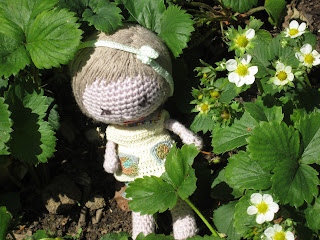 This is her little french outfit, dress, shoes, shrug, handbag and beret 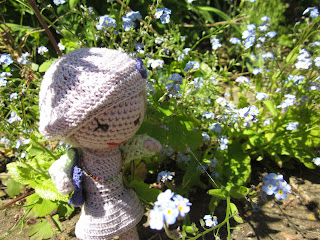 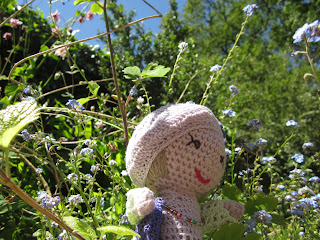 The next day she wore a little hippy outfit, head band, top, trousers and long jacket. 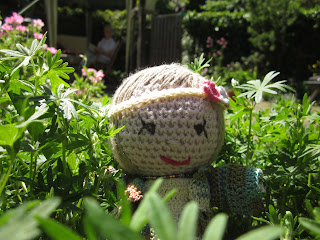 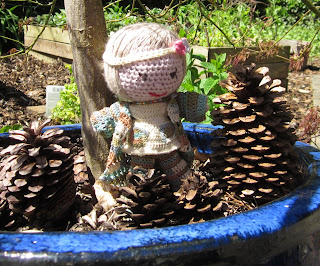 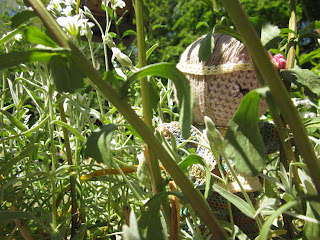 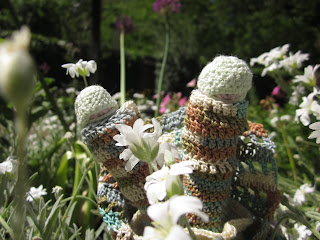 The final day was party time and so I went to town, dress, shoes, cap and coat. 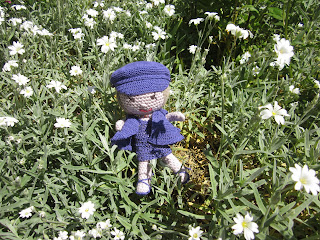 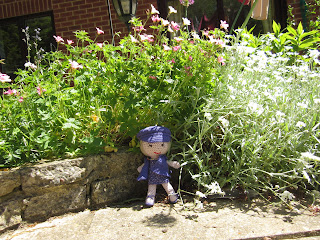 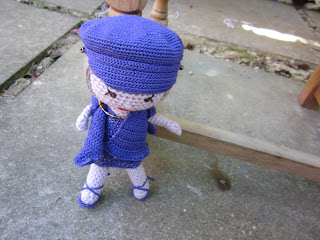 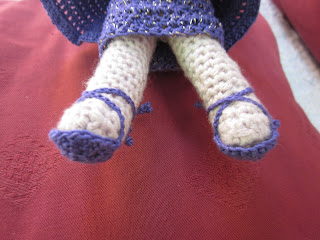 I got the ideas for many of the clothes from this web site, I think I am going to have a go at making one of this ladies dolls next!  The cap in the final outfit came from here, it is an adult pattern but as I am using fine crochet cotton and a 1.5mm needle it came out just right for my dolly!  I have to say a big thank you to Pinterest at this point, it is only because of this site that I first found any of these little dolly type patterns which stirred my creative, if you would like to find my pins you can do here.

By the way we have named this little star - she is Pixie Less (as opposed to the pop start Pixie Lot!).
My daughter has now come up with the idea of making some of these for teachers gifts for the end of term - I am going to see if I can make some teeny tiny ones.
Posted by Jane D. at 10:22