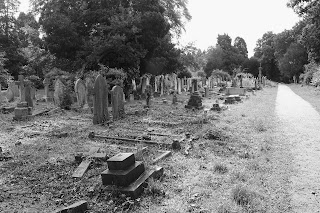 After all the ups and downs of the last few weeks my Niece A has been readmitted to a secure psychiatric adolescent unit.  Not before she ended up in police custody for a couple of days.  She didn't commit a crime but would not return to the childrens home where she had been placed.  At one point social services were talking about putting her into a secure unit (the sort of place they can put under 16's who keep absconding or are waiting for court hearings).  They could do that for 72 hours before having to apply to court to keep her longer.  5pm on a Friday evening is not the best time to be told you need to get a solicitor involved before a court hearing at 11.30 on a Monday morning.  At least that has now all been avoided.

So what is my part in all this.  My natural instinct was to get straight in the car and go to the police station where she was.  At least once she was deemed to not be able to make clear judgements by herself social services could tell me where she was.  However I did manage to phone the station first, they asked her if she would see me and she said no.

As my parents still have a residence order for her I felt it only proper to let them know what has been going on.  My mum as I assumed might happen has not taken it well.

Once again I am left trying to work out what my role is.  I can't imagine I am ever going to be able to pretend she doesn't exist, that would feel like a complete betrayel to my sister (A's deceased mothers).  Though I also know that I cannot continue tying myself in knots fighting her corner when she does not want me to.  All the authorities involved with her seem to have made such a hash of things, it makes me want to shout and complain to the managers, my MP and anyone else who will listen.  What would that achieve for A though?  The chances are that even if things had been done 'properly' she still might be in the situation she is in now.

Then of course I hear the 'good citizen' voice inside my head saying that if I step in, it might make a difference to the way other people are treated.  At a time when my general health is not great, my mental health is not great and my own two children and husband need me, I think the answer to whether I step in or not is no.  I am quite sure that my mind is going to sway backwards and forwards with all this, at the moment though that 'peace that passes all understanding'(Phillipians 4:7) has descended.  I still feel quite subdued but peaceful and long may that last.

Why the picture of the cemetry?  My hubby and I went a walk for him to show it to me yesterday as it is just on the edge of Southampton City Centre, it is a fascinating place that you can read a little about here .  It has such an over grown and gothic look to it and is sooo huge.  We spent a good while taking pictures, reading the odd grave stone and just marvelling at how nature is trying to reclaim the land.  It made me realise something.  I don't like modern cemetries, but certainly over  100 years ago (and 100's more) when this cemetry was being used used, it had a purpose to reunite the bodies of families.  I love this idea!  Somehow it brings a real comforting feeling.  However in our present time it has become apparant that graves are not a sustainable way of disposing of bodies.  We just no longer have the space in our little country.  Therefore it was a reminder to me that sometimes we just have to let go of our ideals.  Find other ways to function.  Have you had to let go of any ideals?