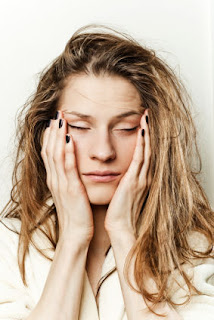 My ill health has been a very strange journey.  It has brought hard times and good.  I have serum negative rheumatoid arthritis, this basically means that I do not show any rheumatoid factor in my blood but I do have raised inflammation markers in my blood and have had lots of other condition ruled out from tests.  It took a long time to get this diagnosis as a lot of doctors consider it a bit of  'I don't know what it is, so it must be nothing' approach towards it.

It feels as though so far there have been four very different stages that I have gone through.

The first 3 or 4 years (14 years ago) were characterised by severe joint pain that took a long time to get under control.  I could not walk very far, I was working as an occupational therapist and had to take about 5 months off work and there was serious doubt that I could return as my speciality required a lot of physical exertion.  Then with the help of finally finding medication that worked (immuno-suppressants) I started to improve again.

I then had two pregnancies within 2 years which led to a very unsettled time again as I had to stop medication for the last trimester in both and while I was breast feeding.

Following 2 or 3 rough years I then had a period of calm which lasted about 4 or 5 years.  I seemed to be very settled on a cocktail of drugs, immuno-suppressants, anti inflammatories and pain killers.  I would have bad days but also good times that would last months.  This period lasted a long time, so long in fact that I was seriously looking at coming off my medication.  I had been able to get back to work part-time, though in a less physically demanding position and not in the health service.  I was trying to walk to work as much as possible (a good 20 minutes walking briskly) and then it all changed again.

I was aware of increasing pain occurring in my knees, I found riding my bike becoming more and more impossible because of this pain.  After investigations it was found that I had developed osteo-arthritis in my knees as well as rheumatoid. It was decided that I would probably get some benefit from having arthroscopies on both knees and clean and smooth them out.  Unfortunately I was one of a very small percentage of people who did not benefit at all from the operation and in fact it made them worse!  On top of that my rheumatoid arthritis became very active (probably because of the surgery).  This has led to the last two years being extremely slow and painful.  The pain is now feeling more in control, I am on new chemotherapy drugs (another immuno-suppressant), I am managing to stay off pain killers just using an anti-inflammatory.

I so seem to be entering a different period though - FATIGUE, throughout the last 14 years it has always been there, but never been the main feature.  I am struggling to cope with it because it is sooooo frustrating!  It seems so silly to have to sit down after filling the laundry basket before I have got the energy to go and put it into the washing machine.  In fact instead of completely resting as I should be - I am blogging right now before I go and put the washing on.

The advantage of having all these different periods is that I know now that there is every chance that this won't stay around for too long.  In the mean time I need to take advantage of finding different ways to do/manage things, I need to consider my priorities very seriously.  These are good things to do, as my children are getting older it is also reminding me how much I need to ensure that they become more independent and not dependant on me.

So I might just stop blogging now, take a rest (perfect praying time) and then go and get the washing on!!!!!
Posted by Jane D. at 10:26

Email ThisBlogThis!Share to TwitterShare to FacebookShare to Pinterest
Labels: Blogging, Health, My Story