Maybe Life Is a Dress Rehearsal. 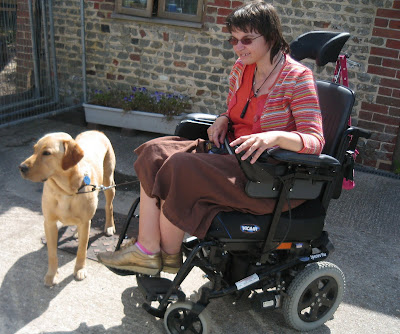 Death is on my mind a lot. Yesterday marked the start of a 3 week trial we endured last year when my sister (Sally) had emergency surgery for a ruptured colon. She didn't survive and I miss her like crazy. Another consequence of her death is that as she was a single parent to an 11 year old, we now have a 12 year old that has joined our family. On the 8th November last year, 24 hours after her surgery I visited Sally after making the 140 mile journey to the Midlands where she lived near my parents. She was drifting in and out of consciousness on a ventilator in intensive care. They had not been able to intubate her down her throat, so she was waving her arms around trying to get the tube that was breathing for her out of her nose. It must have been so uncomfortable. I was continually trying to bring her arms down and hold her hands, at one point she stopped trying to move her arms, I asked her if she was "giving up" (meaning giving up trying to get the tube out). She couldn't talk but responded to that question with a nod - I think I knew at that moment that she meant far more.

Last week I was chatting with a very dear friend, I have often referred to her to friends as my 'Christian Mum' as she has been a wonderfully wise mentor to me since I became a Christian back in 1992. Our conversation found it's way to thinking about the saying 'Life is not a dress rehearsal'. Why do people say that? When you experience the death of a 36 year old, it is really difficult to accept that being alive in this world is all there is. When you look at the Bible we are told repeatedly about the reason Jesus came into the world was to give us ETERNAL life with God. So this bit of life we are living here on earth MUST be a very small part if we still have eternal life to live??????

So maybe this life on earth is our dress rehearsal, our place to learn what true love and commitment are about. To learn what sacrifice is in order to start to understand the depth of love God has for us. A place to disciple those around us as the Great Commission tells us to do so that they have the opportunity to have eternal life with God as well.

Heavy stuff that has kept me awake most of the night last night, but then I have to make some sense of the experiences that I am going through.
Posted by Jane D. at 07:28